Leaving Philadelphia after the #AspenChallenge was bittersweet for me.  Two hundred high school students came together to compete for their chance at winning a once in a lifetime experience of attending the #AspenIdeas festival.  Charter schools, alternative schools, and public schools were represented at this competition.  Teen moms and refugees. Privileged and not privileged.  Gay, straight and everything in between... you name it, we had it.

Leaders from across the country challenged the students to solve various problems in their communities ranging from food waste, violence, public policy, and discrimination.  For seven weeks, students that wouldn't have typically worked together created a solution based on the challenge presented that best represented the needs in their communities.

Throughout the day of presentations, I had a consistent message for the students: there's no such thing as "Failure."  The fact that their school's administrators chose them to participate out of the hundreds of students demonstrates they were already winners.  Of course, no one wants to hear that s***; these kids are fierce competitors...they want to win the grand prize!
There were two guests speakers that openly shared personal failures with the students.    This message stuck out to me because they didn't try to act like they were any different than any teenager in the room.

M.Night Shyamalan, one of the guest speakers, went from living in a pink bedroom... in his parent's house... WITH HIS WIFE!   And now he's one of the highest-paid screenwriters in the country.

Angela Duckworth, our other speaker, was told by her Harvard professor to drop out of his class after failing every major exam.  Instead of taking the easy way out, she believed in herself and aced the final exam.   She then went on to changing her major to that subject (Some crazy hard science that I can’t remember).   In the end, Angela started character Lab,  a nonprofit whose mission is to advance the science and practice of character development.

Angela’s presentation included a video interview with Will Smith from the late 90’s.   Will's message was so powerful!   I typically didn’t view him as an inspirational speaker - Will was my high school crush, the star of Fresh Prince, and the picture hanging up in my locker.   In this interview, Will speaks about his “will” to win. Will may not be the smartest, or strongest, but he definitely describes himself as wanting it more than the next guy and having unrelenting determination.

“The only thing that I see that is distinctly different about me is I'm not afraid to die on a treadmill. I will not be out-worked, period. You might have more talent than me; you might be smarter than me; you might be sexier than me; but if we get on the treadmill together, there are two things: You're getting off first, or I'm going to die. It's really that simple, right?” - Will Smith (Video)

After hearing these stories, I asked the students to come up with a different name for "failure."  Several names were called out from the crowd: "Learning Lessons," "Proof of Trying," "Determination" and much more.   The one that stuck out the most was "POWER!" That's it!   The fuel you get from"Failure" is the POWER to persevere and never give up!   Your goal may change, you might have a different time line, but one thing remains - YOU DON'T STOP RUNNING ON THE TREADMILL! 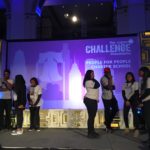 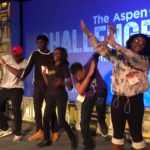 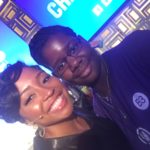 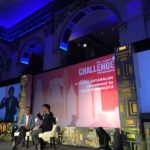 Breaking In Traffic Could Show Why You’re Breaking Your Business

The Ego VS. The Bridge — Which one do you pick up on the side of the road?